So what's the Ancient Art of Advocacy all about? And why... 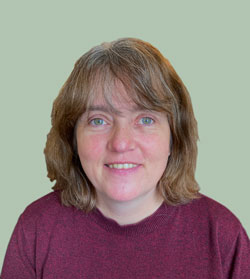 Claire Bradley BA, MSc, MAGood questions without entirely rational answers! As a legal academic looking at crossing over with the objective of qualifying as a barrister, I found myself exploring advocacy. Something I found surprising was that there seemed to be a distinct lack of what I would view as learning resources for prospective advocates, particularly those transferring from other disciplines. Lots of many excellent books but not the types of quirky resource that can lighten the load of learning.

Historically barristers learned advocacy through studying classical rhetoric. Intrigued by that concept, I thought that if that traditional approach to learning had worked so well for so many years it merited a bit of investigation. As I delved into the history of advocacy I became fascinated that the rhetorical devices developed and taught by the ancient Greek and Roman orators had as a consequence survived and are still in use by many leading practitioners today.

Mainly for my own amusement and to feed my own curiosity I started to research further. The more I investigated, the more fascinating I found the history of advocacy, and the skill of noted advocates in the trials in which they featured, and I thought it would be a good idea to pull together the threads of these researches, not only to help me with gaining the advocacy skills I wanted to acquire for myself, but for others interested in discovering more of the dark arts of advocacy.

On the way I found myself meandering through the forests of British legal history discovering many gems of cases, some notable for the advocacy skills displayed, others that showed how sometimes the legal system could be manipulated for political reasons, and other rather more uplifting stories of how the judiciary was confounded by juries that refused to be intimidated.

Quite early in the process it was pointed out to me that "there's a book in that", but instead I chose the option to create a website, on the basis that it makes it easier to organically grow, adding new content over time, and that it would also provide the opportunity to create a online community around the topic.

The Ancient Art of Advocacy website does not purport to be a course in advocacy - as an academic, and not (yet!) a professional advocate, that would be getting perilously close to 'coming the raw prawn' as our Australian friends might put it. It is instead a collection, a smorgasbord, of learning resources, with case examples that demonstrate some of the rhetorical techniques mentioned.

I hope you will find them equally interesting, and useful at whatever stage of your professional career in advocacy.